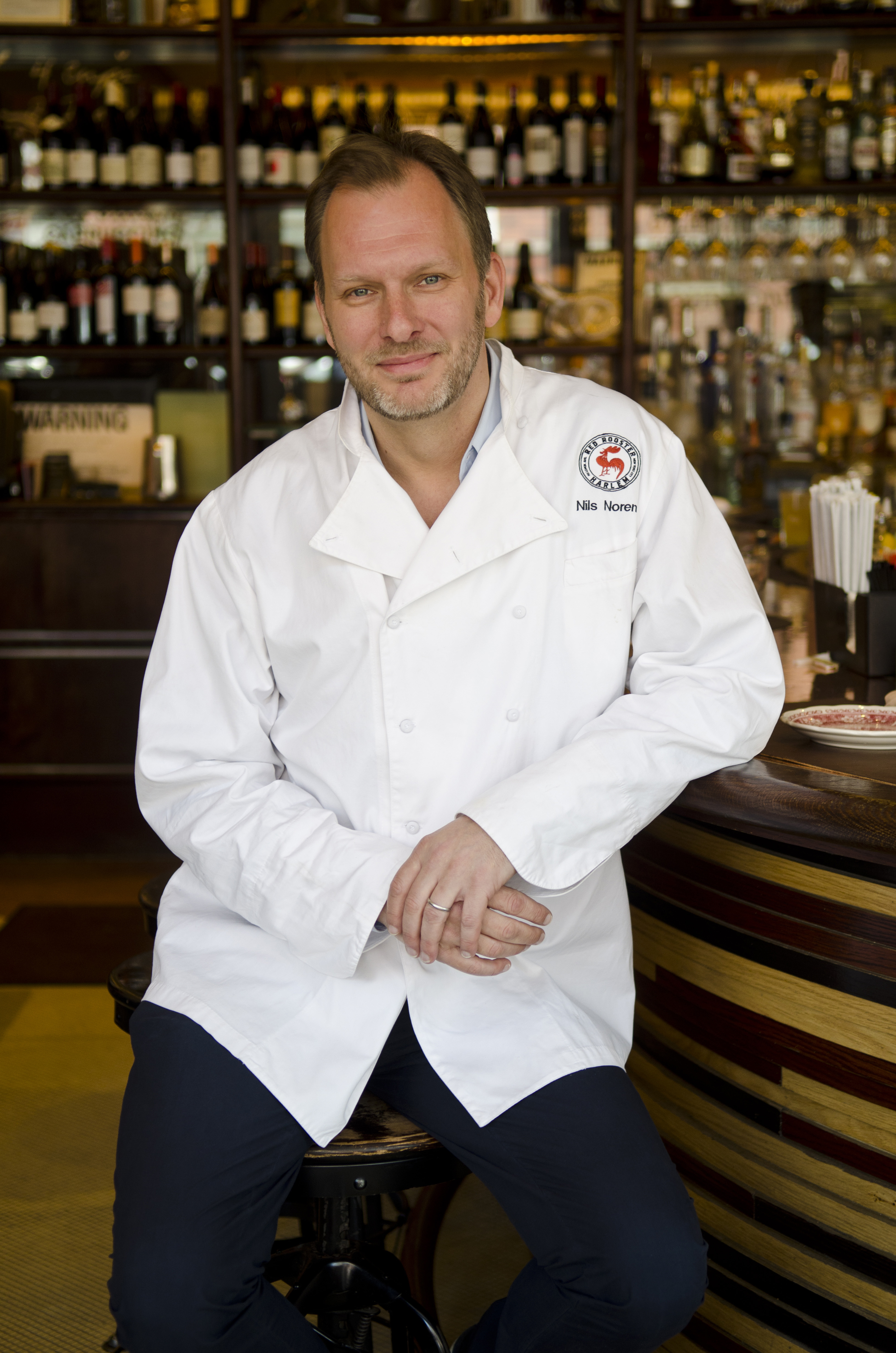 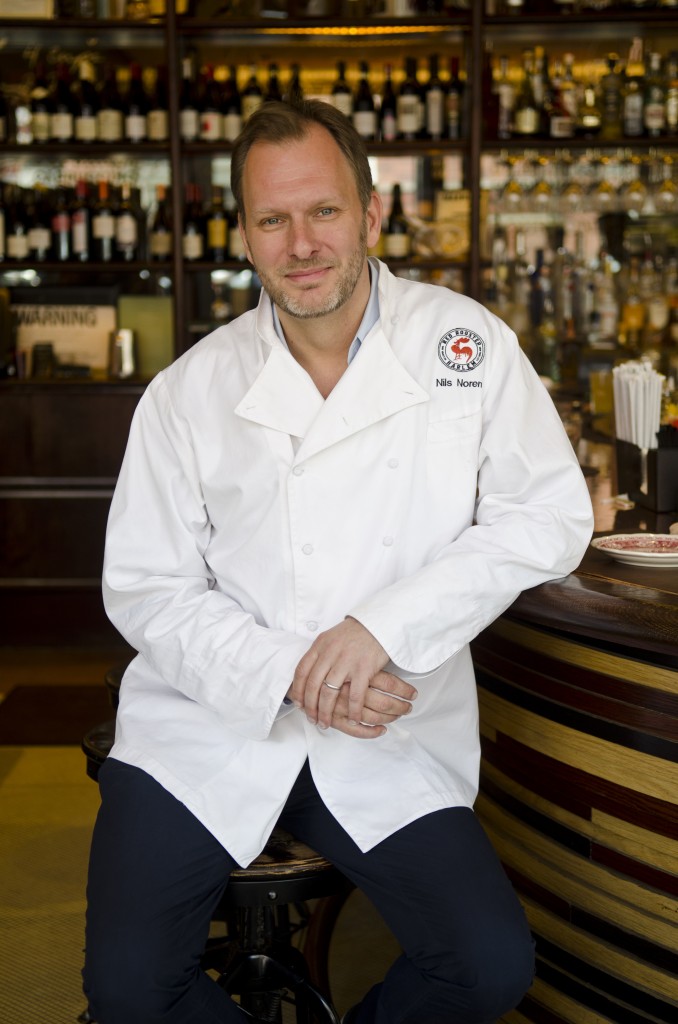 Nils Noren is both a world renowned chef and culinary educator. After graduating from culinary school in his hometown of Gävle, Sweden, he spent many years working at some of the most esteemed restaurants in Stockholm before moving to Aquavit in New York. In 2006, he was appointed Vice President of Culinary Arts and Pastry Arts at The French Culinary Institute. Since leaving this position in 2011, he serves as a contributing authority for Food Arts Magazine, sits on the Board of Directors for Gohan Society, and makes guest Press and TV appearances ranging from Top Chef Masters to the New York Times. He currently works as the Vice President of Restaurant Operations for the Marcus Samuelsson Group, a New York City-based hospitality management and food media company.

Do you have a mentor or chef who particularly inspired you?
I can’t say that there is, because I have been fortunate to work with so many great people throughout the years. For me, it’s not just the mentor or chefs that inspire me, I have many cooks that came in to work and have inspired me just as much as any chef. It’s just being a part of the industry – there are so many passionate people.

What do you think of the importance of having cooking experience in foreign countries?
It has been instrumental to my career and it has really helped me develop. When you travel you cook outside of your comfort zone. You use different products, speak a different language, and get used to a different culture. It forces you to learn so much in such a short period of time.

My first time really cooking for a long period of time outside of Sweden was in China, to help open a restaurant there. I was thrown into a kitchen with five Chinese gentlemen who didn’t speak a single word of English, and I didn’t speak any Chinese. We couldn’t communicate, but I still had to teach them how to do certain things. They would also teach me things about Chinese cooking and ingredients, so that was very interesting. Coming to New York has taught me a lot, because there are so many cultures within New York. Now I think I have travelled and cooked on every continent in the world other than Antarctica, so I guess that’s next on my list.

What do you think of the recent popularity of Japanese food?
I think it’s for a reason. What fascinates me is the appreciation and craftsmanship of food within the Japanese culture- the raw ingredients and how they are transformed into the finished product. From a flavorist standpoint and for health reasons Japanese cuisine is fantastic.

What inspires you to cook and create new recipes?
As a chef you always need new ways of being inspired. You need to always have that drive to create more things and to better yourself in everything you do. One of the stranger things that inspires me is architecture. This might sound weird, but I like shapes. Sometimes I can start with the shapes rather than with the flavors of the dish, and then based on the idea of the shape I can put in flavors that would work with it. I don’t always do this, sometimes it’s a little backwards.

What do you like about Japanese knives?
If you look at the craftsmanship that goes into it, you can feel it when you use it. For me, Japanese knives have always fit better because they have a better balance and tend to be a little lighter than Western knives. I got my first Japanese knife about twenty years ago in Sweden, and I’ve used mostly Japanese knives ever since. Now my favorite is the Suisin Wa-gyutou, I take it everywhere with me. When I travel I only take that knife and a whetstone. Everyone who uses my Suisin Wa-gyutou always ask me to bring them back one because it’s such a great knife.

What is your goal in your profession?
My goal is to get better and better at what I do, and to teach young professionals in the industry.

Do you have any advice for aspiring chefs?
Immerse yourself in cooking as much as you can, because there are no shortcuts. You have to study basic technique, but also study other cuisines because that is the only way you are ever going to learn… And of course, work hard!

Awesome way to custom your saya!
Scroll to top