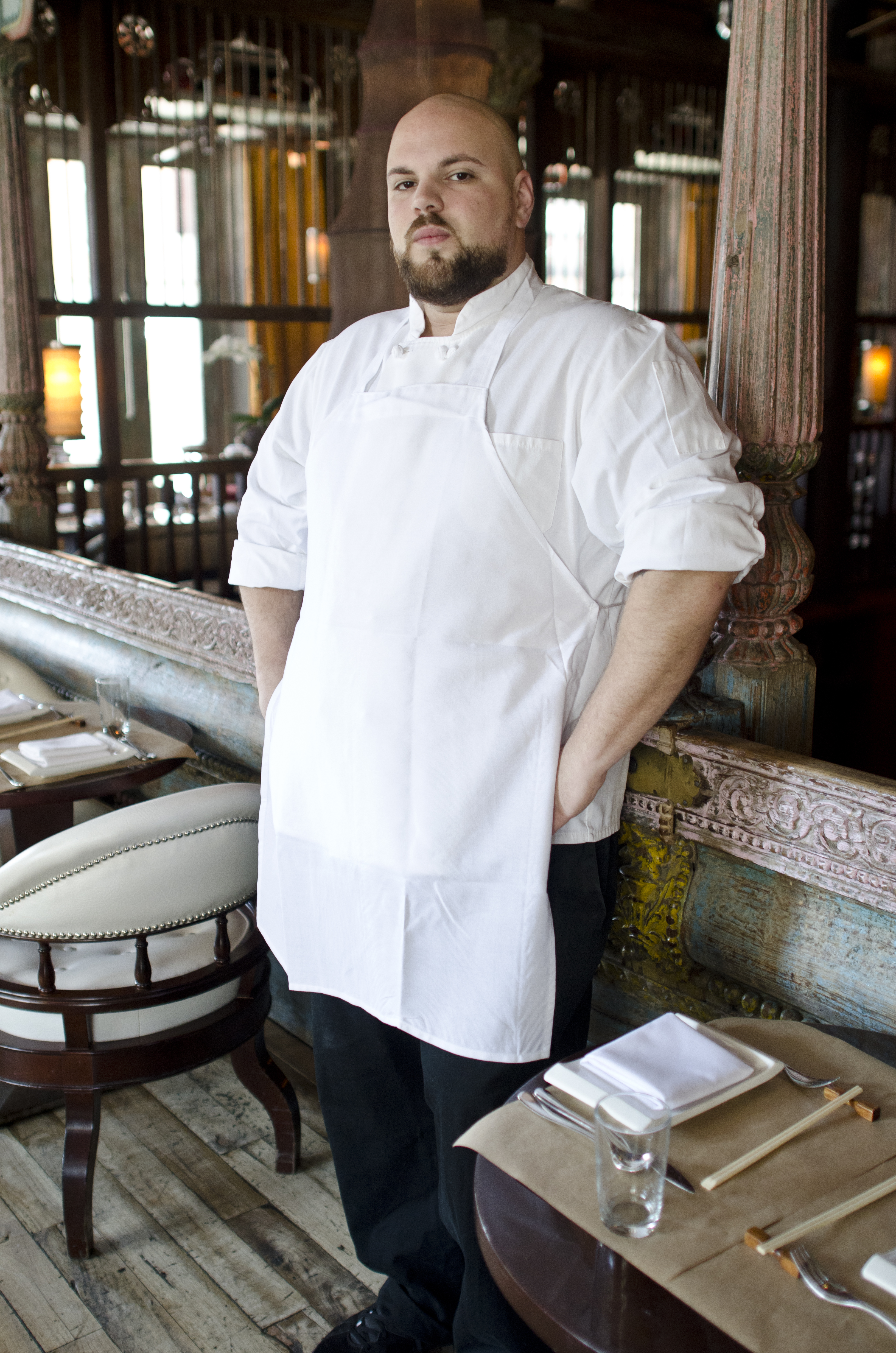 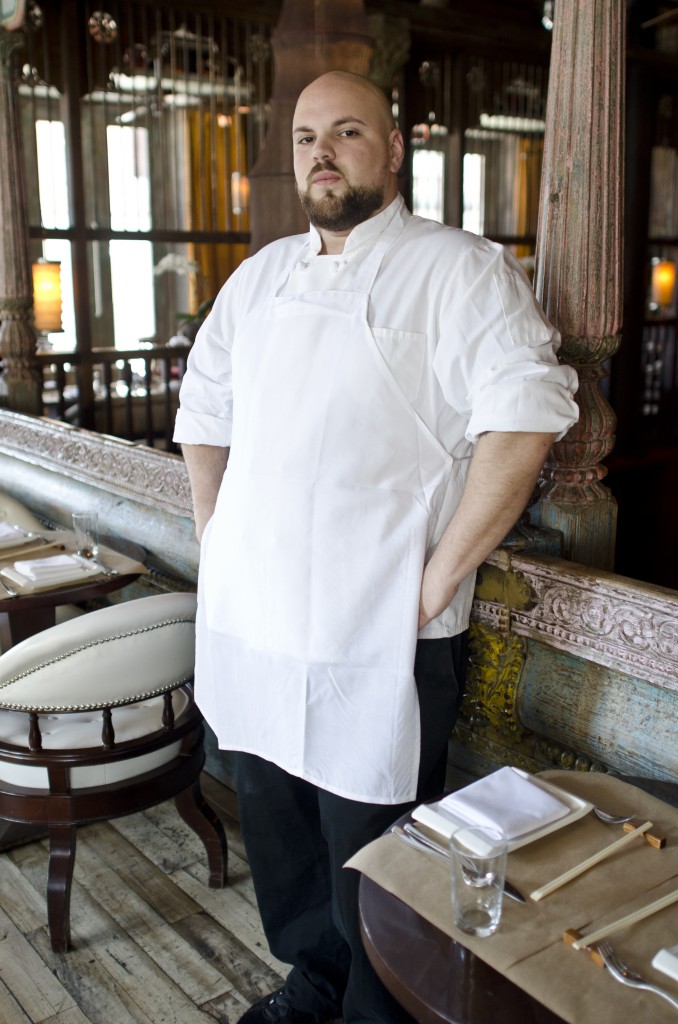 Anthony Ricco was born and raised in Brooklyn. Growing up in an Italian family, his curiosity in cooking was piqued at a young age by his grandmother’s love of cooking. He transitioned from construction work to his first position at China Grill Restaurant, which proved to be the stepping stone for an exciting culinary career. His strong drive and will to succeed have led him to his position as the executive chef at Jean-George Vongerichten’s Spice Market.

Do you have a mentor or chef who particularly inspired you?
My mentor is Greg Brainin, he was the executive chef at Jean-George’s restaurant. I have been eating his food for so many years. He creates things that are top notch– things that even at this point in my career I couldn’t even think about putting together. Just how quickly he can put recipes together: it’s very inspiring. A lot of the recipes in this restaurant come from him. One of the dishes he made for me that changed my whole view on food in terms of how delicate and simple it can be was his trout sashimi with dill puree, lemon foam, fresh grated horseradish and crispy trout skin. It is hands down my favorite dish to eat. Out of all the things there are to eat, I want to eat that all the time.

What is the most important aspect of cooking to you?
The most important aspect of cooking is quality and consistency. You are only as good as the meal you put out on a minute to minute basis. If you don’t have a quality meter that you can register, you are in trouble. In a restaurant this big, we put so many systems in place from the sous chefs to myself. We have so many checks and balances from the sauce list, portioning list, and recipe list that are all specified to the gram, so you have the same meal every time. The main thing each service is the seasoning of the protein to match the sauces.

What do you think of the importance of having cooking experience in foreign countries?
I was lucky enough to get to travel and work in other countries. I have worked in the Middle East, Istanbul, Qatar, Singapore, and a couple different places, and that experience is invaluable– to see the respect that people treat food with around the world, when you thought it is only where you are from, especially being from such a diverse place like New York City. People love their food and are as equally passionate as we are. I am a hard guy to surprise, but I think the weirdest thing I have ever tried was a turtle shell jelly dessert in Singapore.

What do you like about Japanese knives?
Most chefs like to eat Japanese cuisine, because it is clean and is the essence of what the dish is supposed to be. It has so many components to it, but they never overpower each other. If you eat that and disagree with me, I think you have the wrong philosophy and you are not thinking straight. The knives have the same sleek precision.

What do your knives mean to you?
My knife shows who I am. If you have a dull knife, you shouldn’t be cooking. If you don’t have time to sharpen the tools of your trade, then you’re not really giving it 100%. My chef coat is a little wrinkled right now and I’m not perfectly shaved, but the bottom line is that my knife is sharp. If I see my cooks are doing a good job and they’re really trying to learn, I wind up giving my knives to them. I don’t get too attached to them anymore, because I know they are eventually going. It’s just a way of me sharing and I wish people would have had done stuff like that for my cooking crew too. There wasn’t a lot of that giving spirit, and some people think I’m crazy for it.

What was your first Japanese knife?
I have plenty of Korin knives, which to me are just fun to work with and use. My first Japanese knife was the Misono UX10. By the time I was done using it, it was so small. It has a hook on the front now, but that was my practice knife.