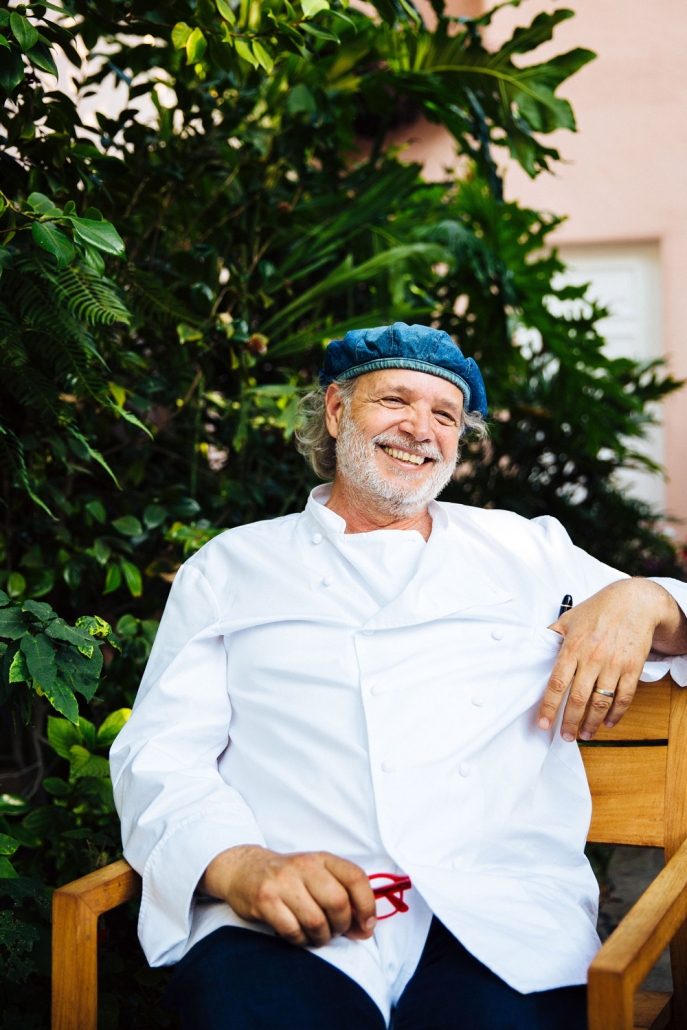 Chef Francis Mallmann’s first culinary venture was cooking for tourists aboard a boat on Lake Nahuel Huapi in northern Patagonia in 1970. He then spent two years in Paris learning from Chef Paul Bocuse, later returning to Argentina where he earned many accolades for his well-prepared haute cuisine. However, this rule-laden style of cooking felt confining, and Mallmann decided to change his style, focusing on traditional Patagonian cuisine prepared over an open fire. This special technique has become his calling card, one he demonstrates in an episode of Netflix’s show “Chef’s Table.” Two of his recent cookbooks, “Seven Fires: Grilling the Argentine Way” and “Mallmann on Fire,” are focused on the craft of cooking over an open flame, using all elements of the fire, even the ash, to create delicious, beautiful dishes. Mallmann’s four restaurants have all received international acclaim, and they include 1884 Francis Mallman in Mendoza, Argentina, Patagonia Sur in Buenos Aires, Garzon in Uruguay, and Los Fuegos in Miami.

What made you want to be a chef?
I wanted to be a chef because of the happiness that people have when they go to restaurants and take part in the celebration of food and wine.

Do you have a mentor or a chef that particularly inspired you?
Yes, a French chef for whom I worked, his name was Chef Raymond Oliver. He was a very grown up man. I worked for him in Paris, and when I worked with him it was a time of culinary revolution in France, where all of the new chefs were doing modern things while he remained the king of the classical past. He took a lot of time to talk to me about this, insisting that I should learn about classic cooking techniques before anything else. I think he, of all the chefs for whom I worked during the 80s in France, is the one who most inspired me.

What is the most important aspect of cooking to you?
Patience. You can’t be in a hurry when you cook. You can do things that are cooked fast, but you have to be respectful of the time they need. I think that time is one of the most important things to understand in cooking.

What inspires you to create new dishes?
I don’t create anything. I embrace the roots of my country and of the natives of my country, looking 12,000 years back to the way the natives lived in Argentina, the instances of immigration, and the culture of the gaucho, which is our local cowboy. It’s a language of life, and one of its branches is cooking.

What has cuisine taught you about the world?
Cooking is a universal language, and no matter where you are in the world, how lonesome you are if you’re isolated because of language in a foreign country, every time you sit at a  table and eat you understand who is sitting with you, because you’re sharing the same beautiful thing. I think that cooking and eating are the most universal of all languages.

What do you think of the recent popularity of Japanese food and culture?
I think the history, culture, and perfectionism of Japanese life affects everything a person does, including cooking, so I think there’s a true beauty and elegance in Japanese culinary tradition. The Japanese have the patience that the Western world lacks. Patience brings beauty to cooking.

What do you think is the main difference between Western style and Japanese style of knives?
I have Nenox knives and I like very much the handles and the very sharp blades. With little maintenance, they can always be perfect. I use them mainly for cleaning and cutting raw meat as well as birds. I have the ones with the orange handles.

What do your knives mean to you?
Cooking is a craft, not an art, and every craftsman needs tools. The most important tools I use to cook are my knives and my hands, and I use them equally. I try to cut as many things as I can with my hands, and when I can’t I use a knife.

What is your advice for chefs who are thinking about buying their first Japanese knife?
First, you have to know what you’re going to use it for. Are you chopping vegetables, birds, fish, or meat? I like long knives because I like to cut in one movement, one slice. You have to feel the handle to feel the weight and balance, and decide what kind of knife to buy. You have to learn how to use it and how to keep it well sharpened and in good shape.