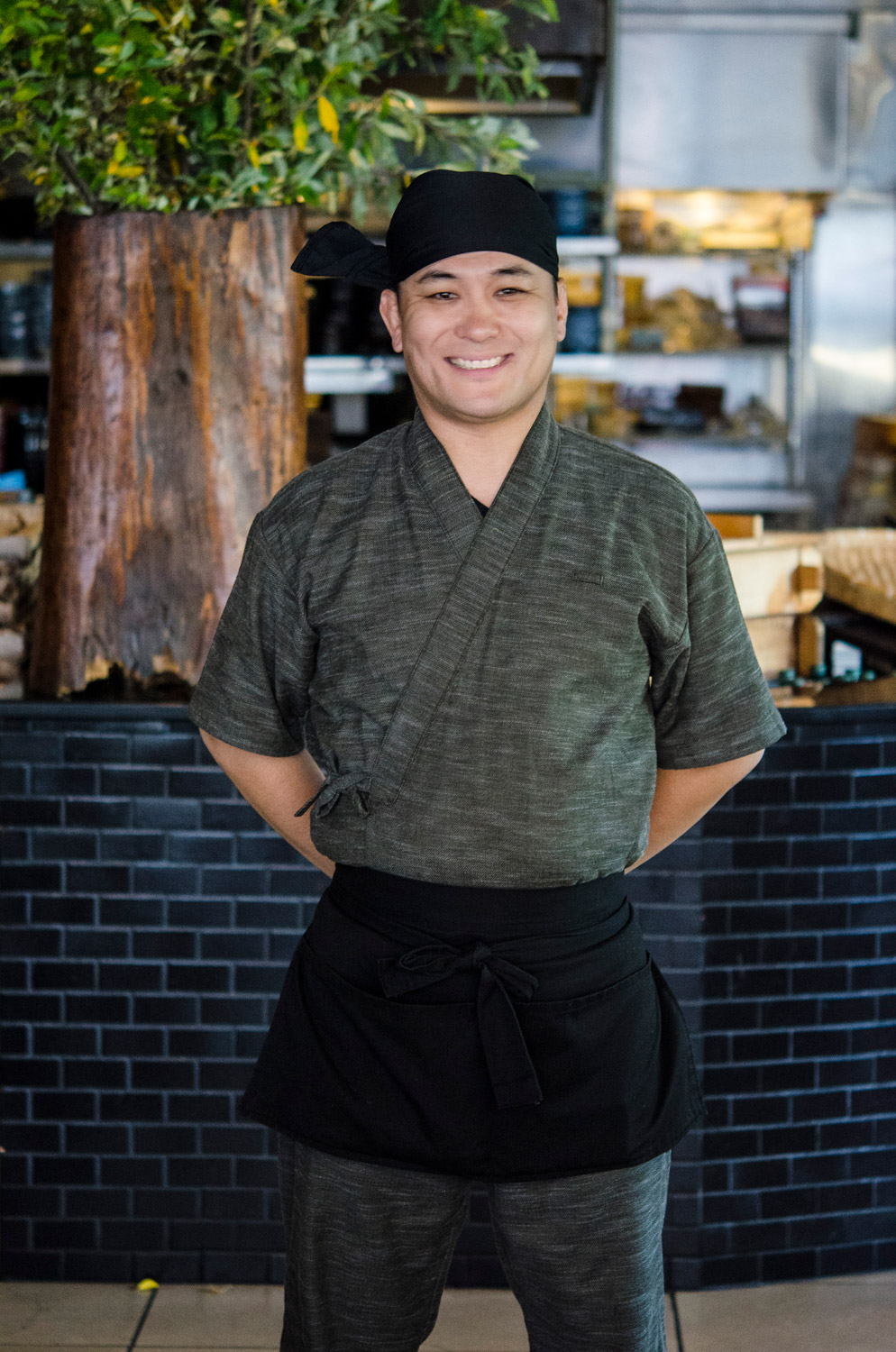 Growing up in Fukuoka, Japan, Hiroki Abe and his family lived above his father’s sushi restaurant, introducing Hiroki to the culinary world at an early age. After graduating from high school, Hiroki attended culinary school in Fukuoka. In 2001, after six years of working in various Japanese kitchens, Hiroki made the decision to move to New York City to experience a foreign culinary culture in a city known for its restaurants. Three years later, Hiroki was introduced to Reika Yo, owner of EN Japanese Brasserie, where he started as the restaurant’s chef de cuisine before Yo appointed him executive chef in the spring of 2009. Hiroki serves a vibrant menu at EN, using the finest seasonal ingredients to create a modern take on traditional Japanese dishes. When not at EN, Hiroki spends his time fishing and playing cards with friends.

The amazing thing about traditional Japanese knives is how the history of them is derived from swords. Each piece is carefully made by a skilled craftsmen, not by a machine. They hammer each blade to perfection. My favorite is the Nenohi Wa-mukimono. It is made to be used for vegetables so the blade is very thin and sharp, which makes it quick to work with. The mukimono style blade can make traditional Japanese vegetable cuts such as katsuramuki. It also looks really cool, so it impresses any guests sitting in front of you.

What is your advice for chefs who are thinking about buying their first Japanese knife?

Something I noticed was that every kitchen as Japanese brand knives like Masamoto Sohonten. It makes me incredibly proud and happy, but not too many people know how to sharpen them. Everyone has really amazing knives, but once the edge becomes dull, they can’t sharpen it, and then they come to me for advice because they can’t cut with them anymore. I have to explain that it is the way that they are sharpening, but everyone sharpens in a different way. The only way to get better at sharpening is to practice more. People think that just because a knife is expensive, it will cut well. It’s not that. Because they are expensive you have to sharpen and maintain them properly. In Japan, kitchens have a sharpening stone ready for their staff to use, and typically chefs will teach their cooks how to sharpen knives.

What is your favorite kitchen tool that is not a knife?

My favorite kitchen tool is the suribachi. Nowadays, we have great tools like food processors that make mixing easy. But you have more control and you can use your instincts more with a suribachi. We make Ebi shinjo with it, and mix miso to arrange the flavors ourselves.