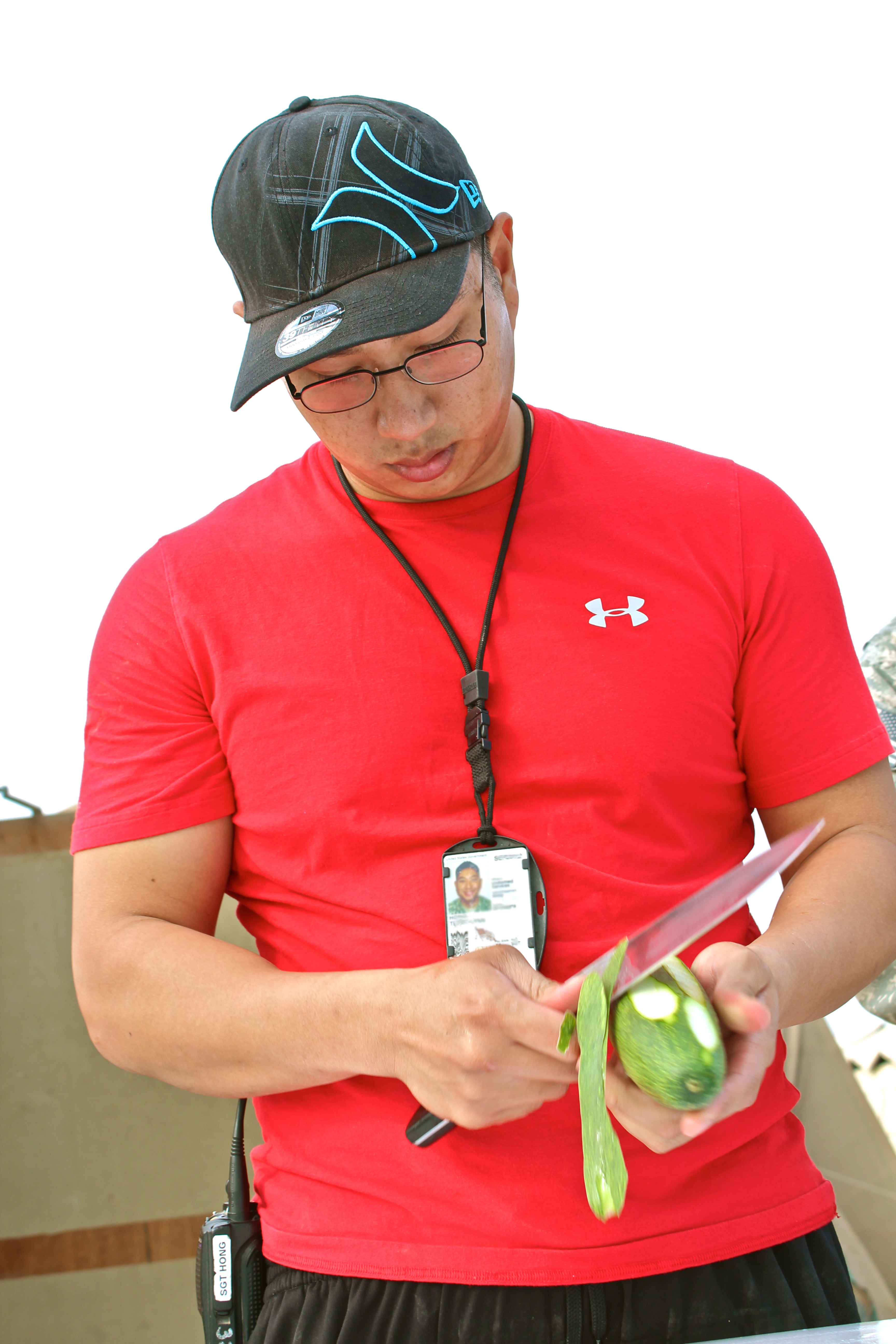 February was “I love Korin” on our Facebook contest. We asked everyone on Facebook to share their stories and photos on why they love Korin. We received lots of great responses but there was one story that was so touching, we just had to share it.

Terry Hong is a sergeant in the Minnesota Army National Guard, who is currently on his second deployment in Kuwait. Life in the Middle East is not easy, especially when it comes to having a good meal. Terry took his passion for cooking and sushi-making and shared it with his team 6,000 miles away from home. He tells Korin, “I really do have a passion for cooking and sushi and I didn’t truly realize it until I wasn’t able to do it on a regular basis. It’s like not knowing and appreciating something you have until it’s gone.” Terry even brought his Togiharu Molybdenum Gyutou 240mm knife with him to make sushi in Kuwait. 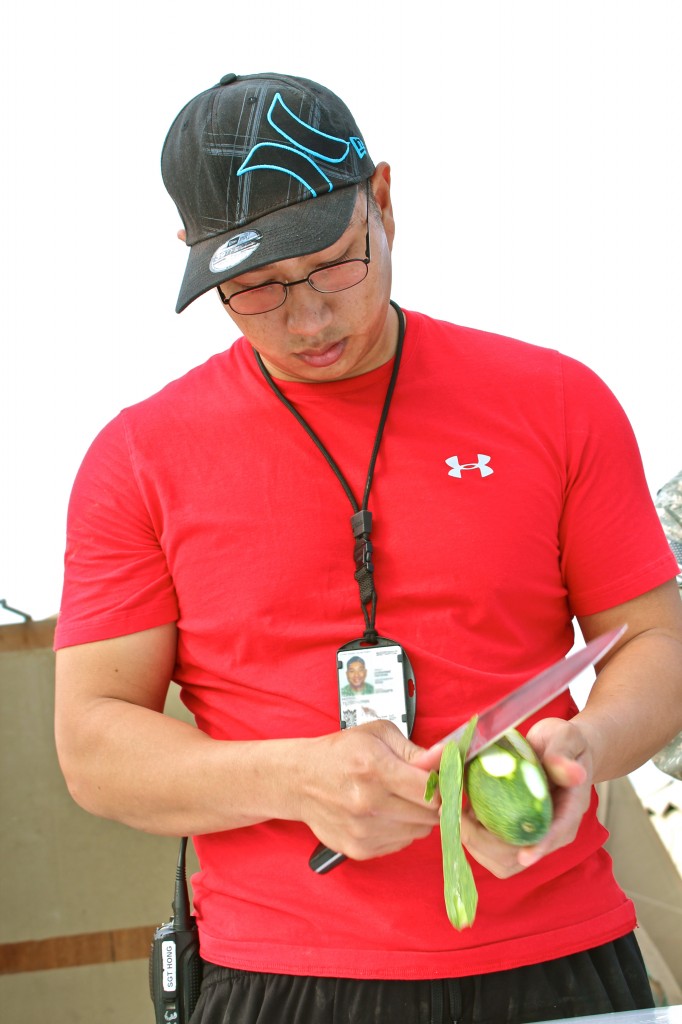 He returned to his former job when he last visited, where he was able to use his yanagi knife and sushi boat purchased from Korin. He found joy in making sushi for his nieces and nephews, putting smiles on their faces.

Terry tells us how he would spend countless hours on Korin’s website, creating a wishlist of all of the products he wants to purchase upon his return. He also tells us how Korin continuously reminds him of what he enjoyed doing before he was deployed. He says, “When I was at home, Korin provided me with the tools to create beautiful food. For that I will be forever grateful and will always be a faithful customer”.

Dearest Terry, we are truly touched by your words and we hope nothing more than your safe return. We cannot commend you enough for your passion for cooking and your sheer kindness in sharing this passion with your team. We look forward to meeting you one day for Korin could not be without amazing people like yourself!

Below is a little more about Terry and pictures that he was kind enough to share with us. Also a question that I really wanted to know the answer to:

Question from Wendy:
How is it like cooking and making sushi there at the base? Is it hard to get the ingredients (like fish) to make the dishes you love?

Terry:
Making sushi here wasn’t that hard. This is my second deployment and from what I learned from my first deployment I was able to prepare in advanced. Attached is our December news letter where I was featured.  It explains it all. 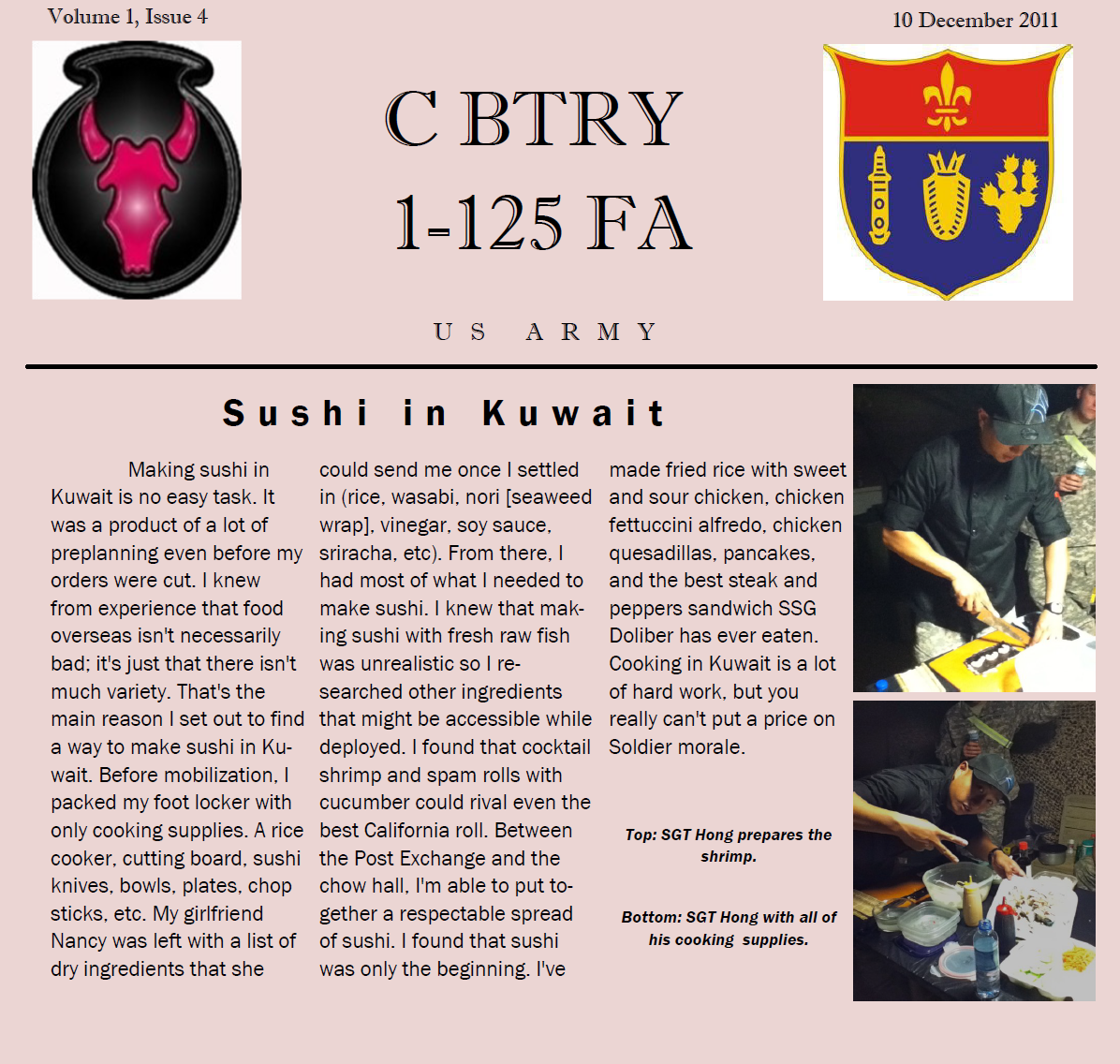 The news letter was before our Charlie Battery first and only New Years Eve Sushi Bash.  For the sushi bash one of the local land owners caught wind that there was a sushi chef on base so he finally found me and asked if he could supply the ingredients, could I make sushi for him.  Of course i jumped at the chance and ended up making sushi for over 60 people (the land owner and my Battery).  He was able to get me fresh salmon, avocados, cucumbers, scallions, shrimp, lettuce, asparagus, and ginger. I used it all to make sushi for everyone and I did it all for the most part by myself.  It was a wonderful experience and a memory that I will remember for the rest of my life.  Thankfully my medic got it all on HD Video and took plenty of pictures. Attached are also some more pictures that I think you might enjoy. 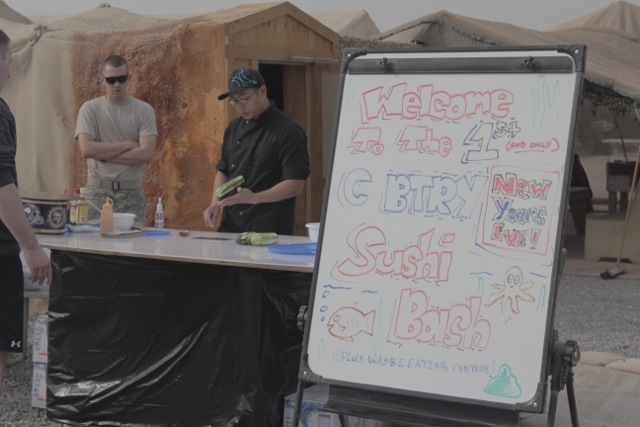 The salmon I prepared 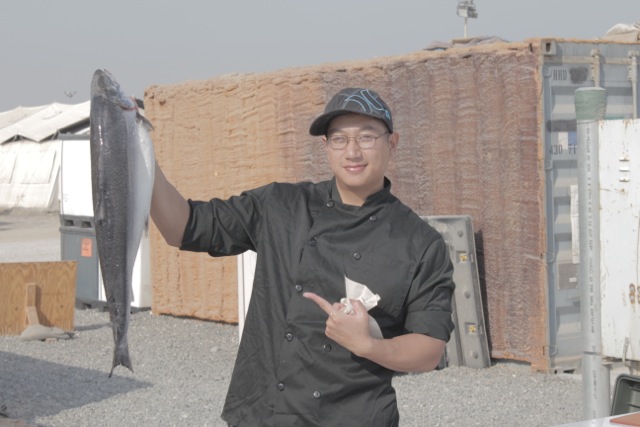 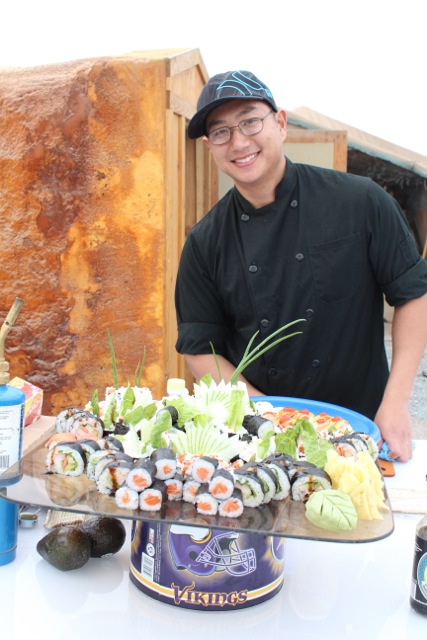 My homemade sushi bar in Kuwait 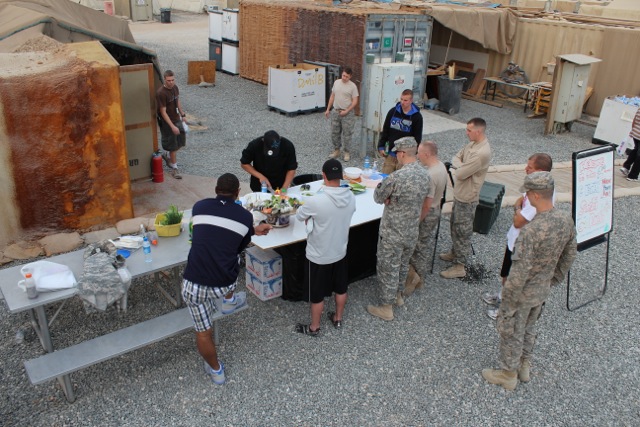 The first platter I made with my new sushi boat 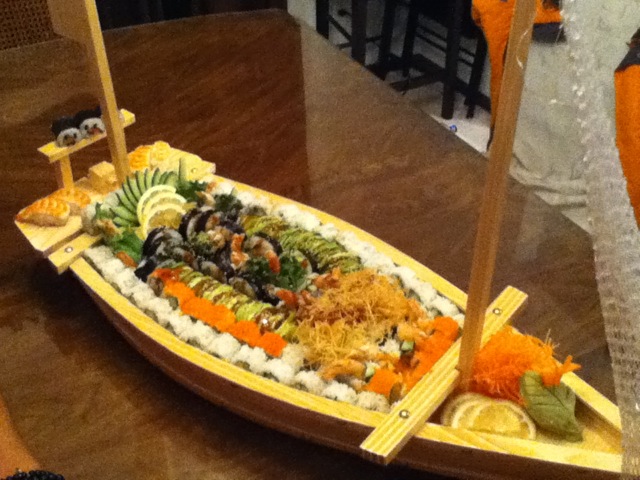 This is me making sushi at midnight for my squad during our 24 hour Quick Reactionary Force (QRF) Shift. for some of them this was their first time trying sushi =) 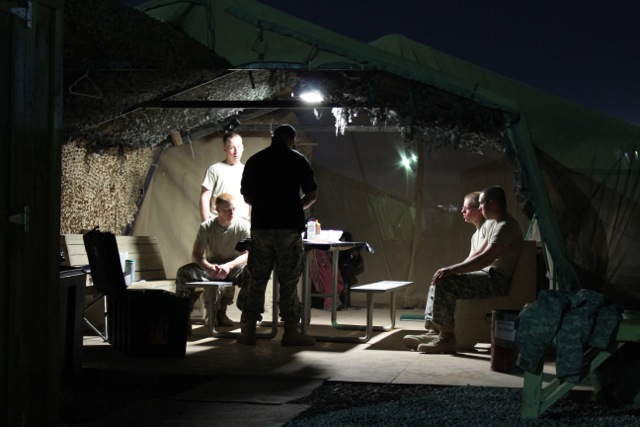 This last picture of me on a patrol. 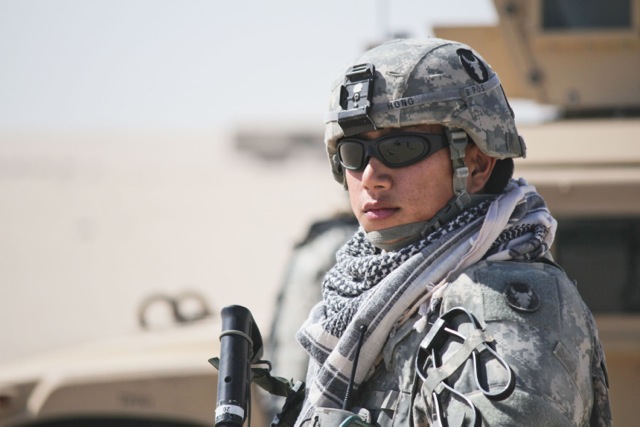