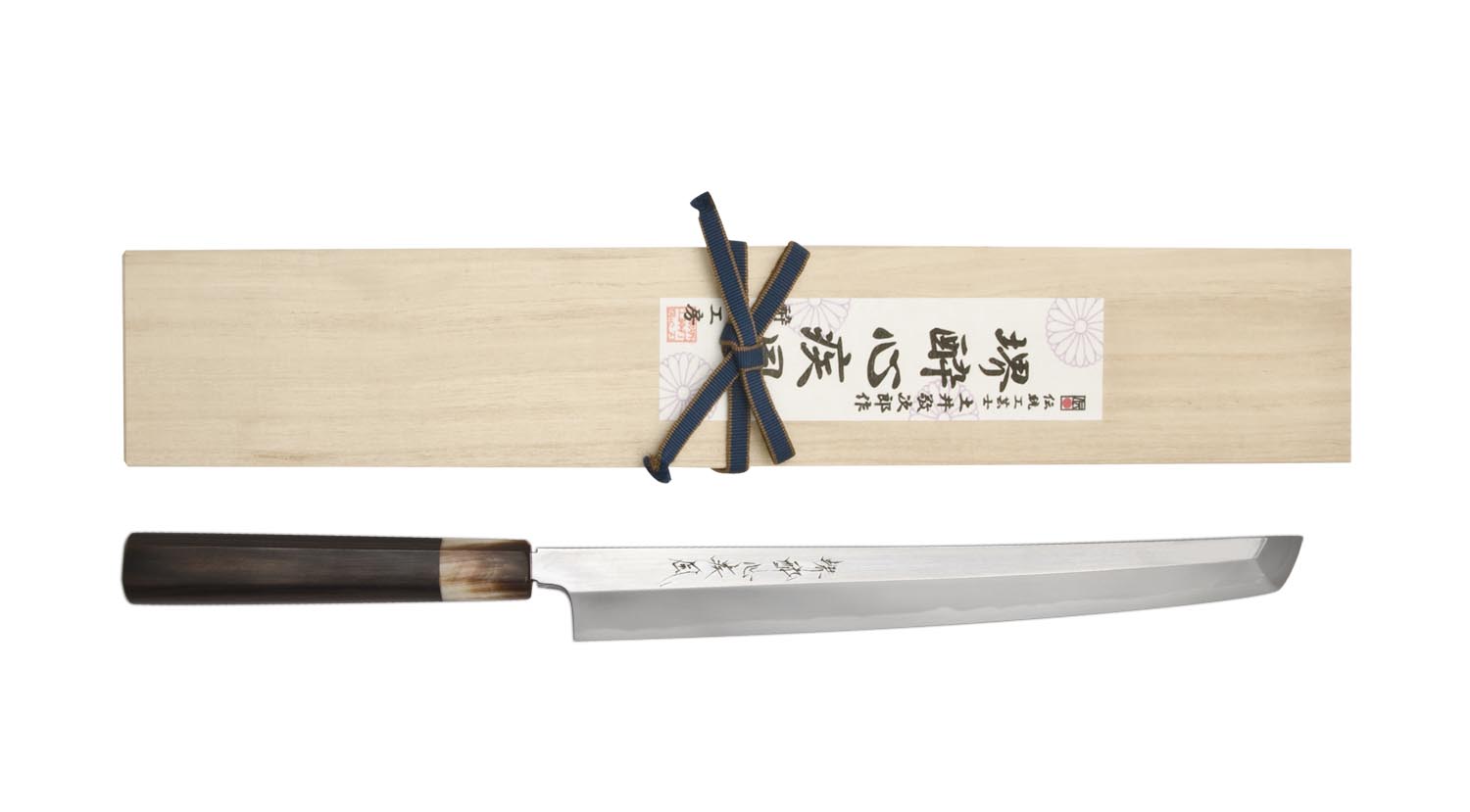 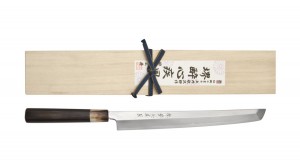 The 86 year-old craftsman is widely considered to be one of the finest knife blacksmiths who has ever lived and was awarded the highest honor bestowed on traditional craftsmen by the Japanese Government  Throughout his illustrious career, Doi has produced blades for chefs and collectors worldwide.  He learned the craft from his father when he began his apprenticeship 65 years ago.  Doi gained acclaim through his perfection of a very difficult low temperature forging technique known as ‘yakidoshi’ and is a pioneer of forging Ao-ko No.2 (Blue Steel), which was previously thought to be impossible.

Over the years Doi has consistently and masterfully perfected the art of knife forging and played an integral role in not only preserving this age-old technique and tradition, but creating an awareness and demand for it outside of Japan. His son and only pupil Itsuo Doi will carry on the family’s legacy.

Korin founder and president Saori Kawano says, “This is a moment we knew would be coming, and although it saddens me to know that Doi San will not create any more knives, having helped to share his gifts with the culinary world has been a privilege and an honor.”  When asked about his feelings about laying down his hammer and entering retirement, Doi said that he’s “honored to leave behind these knives as his legacy” and he hopes that these blades “will become a treasured piece in any chef’s collection.”

Each knife is serial numbered and comes in a handcrafted paulownia box with a portrait of Master Keijiro Doi.  The Ao-ko Blue Steel blade is fitted into an Ebony Wood handle with Buffalo Horn Bolster.  They are priced at $1,200 each.  To order please visit Korin’s showroom at 57 Warren Street in New York City, korin.com or contact our customer service team at 1-800-626-2172.